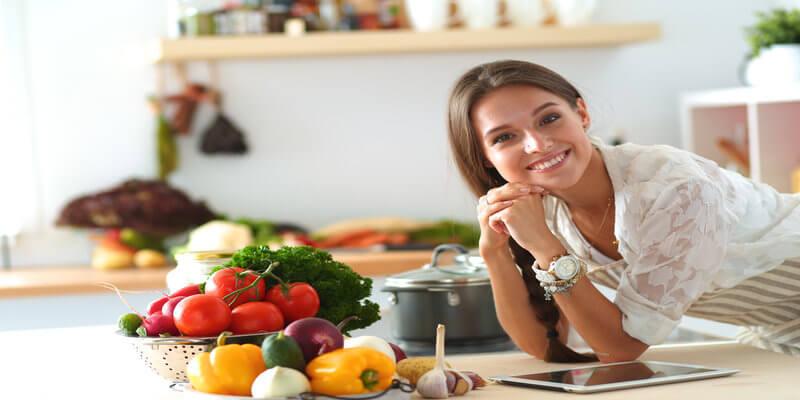 In the United States, the month of March is known as Women’s History Month. It has been around since 1987 and is known as a celebration of women’s contributions to history and society. Women’s History Month was organized and started by a small-town school event in Sonoma, California. The school shared history and celebrated with parades to commemorate the day.
There have been thousands of women throughout history who have paved the way in multiple different industries. The food industry can be one of the toughest industries to work in, and we wanted to examine seven of our female pioneers who have changed the way we look at food.

Ruth Fertel was best known for her contributions as the founder of Ruth’s Chris Steak House. In 1965, she realized she needs to earn more money to send her sons off to college. She found a restaurant for sale in a New Orleans newspaper for a place called Chris’ Steak House. She quickly learned that Chris’ steak house originally opened on her birthdate, and she took that as a sign of good luck to move forward with the sale. In 1977, Ruth issued her first franchise to a loyal customer, Thomas Moran. He later opened several more Ruth’s Chris locations. Today, there are more than 80 locations in the U.S. and overseas. Fertel continued to manage the Ruth’s Chris business until she got sick in 1999. Even when she turned 70 in 1997, she went to 42 of her restaurants to check in on how things were going. Ruth Fertel was a powerhouse for the food industry and will always be a recognized favorite in the steak lover community.

Julia Child is a famous chef, author, and television icon. Child lived from 1912-2004. She was mostly known for bringing her fabulous French cuisine to the American people and how she promoted it through her cookbook, Mastering the Art of French Cooking, and her popular television series, The French Chef. Julia studied most of her cooking in France right after World War II. At which time, the French chef population was mostly men. With her drive and cheerfulness, Julia was quickly able to outshine her classmates and expand her cooking empire. Today, her story has been told in movies and she continues to be a cooking icon for both women and men.

Buwei Yang Chao lived from 1889-1981. She was notable in quite a few different areas for what she brought to the American culture. In the food industry, she brought the American concept of Chinese food. She brought not only how to cook Chinese food, but also how to eat it. She was very close with her husband and daughter and spoke little English when her cookbook was written. She had her family’s help writing the book, where she cooked the recipes. Her husband, Yuen Ren came up with the terms, “pot sticker” and “stir fry” for the book.

Alice Waters was born in 1994 and she is best known as the inventor of California cuisine. She is a restaurateur, author, and activist. Alice is mostly known for her support in the organic movement. She has always had a passion for locally grown, healthy, and free from pesticides and herbicides foods. In 1971, Alice opened a restaurant called Chez Panisse which had a model of more of a farmer’s market, and was way ahead of its time. In 2007, that restaurant made the, “World’s 50 Best Restaurants” list by Restaurant Magazine. Alice Water’s has always had a passion for decreasing obesity and promoting healthy living with children. In 1996, Alice started the Edible Schoolyard Project. This project is maintained as a school based curriculum for children to learn how to make food choices that are healthy for them, their community, and the environment. Alice Waters also extends her activism to the Chez Panisse Foundation and the Slow Food International.

Marcella Hazan was a famous Italian cooking writer. She lived from 1924-2013 and was most famous for her book series, Classic Italian Cooking. Hazan won four James Beards, and she was most well-known for her Hall of Fame and Lifetime achievement awards in 2000. Since she was born in Italy, she always said she never really used other cookbooks as guides, but used flavors from her birthplace as guides for all of her recipes.

Edna Lewis was a chef and author, who lived from 1916-2006. She was most known for her book and contributions to traditional Southern Cuisine. She was the granddaughter of an emancipated slave who was born in Freetown, Virginia. She later moved to New York City where she met John Nicholson who opened Café Nicholson. Edna Lewis became the cook at Café Nicholson and served William Faulkner, Marlon Brando, Eleanor Roosevelt, and more. Edna wrote The Taste of Country Cooking which was considered a classic study of Southern cooking, and was highly favored by the New York Times in 1979.

Alice B. Toklas lived from 1877-1967, and she was most well-known for her relationship with Gertrude Stein. Toklas partook in various roles for Stein; she was her lover, cook, secretary, muse, critic, and editor. She was the inspiration behind the legend that is Gertrude Stein. Alice published her own cookbook in 1954 that was half a memoir and half recipes. Her book is most noted for her pot brownie recipe. She later admitted that she got the recipe from a friend, but to this day her book is still widely known for publishing that recipe. 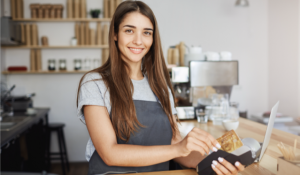 According to the recent Yelp report, more than 500,000 new businesses reopened across the United States in the past year as the economy recovered from the depths of the Covid pandemic. And now, the new challenge is to deal with the rising labor shortage. As the summer begins, nearly 65% of adults in the U.S. have r […] 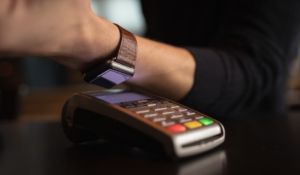 The Payment Ecosystem Has Been Shifting: Is Your Business Ready?

Get Prepared For Future with Linga’s Contactless Suite of Products When the world has been hit by the Coronavirus all of a sudden, we had no idea that it would force countries to a global lockdown, shut schools, parks, public places, and efficient businesses such as restaurants. The COVID-19 outbreak was a major […] 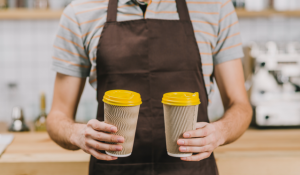 If you are a person who can't start the day without drinking coffee, you are not alone! Americans drink about 400 million cups of coffee every day. And about 110–120 million bags of coffee are produced in the world every year. This timeless business has always been in style, and now can be one of the best times to b […]